A miniature Tap and Die Set, used in Jewellery Making and Watch Repair with soft and precious metals (For use with Gold, Silver, Copper and Brass). Set can be used for making both internal and external threads on small parts. Set comes with fourteen different taps and a matching screw-plate. The range of this set is from 2.00mm down to 0.7mm for threading wire or re-threading stripped threads on screws. A handy economical Tap & Die set. Set can be used to thread wire, for re-threading of stripped threads on screws, earring backs and watch repair parts. Screw-plate (Die) is used for threading wire or making your own screws, while the individual taps are used with a pin vise. Always use a cutting fluid when using the Taps and Screw-plate/Die, turn a few threads and reverse slightly to remove the metals that have been cut. The proper use will ensure the taps and die-plate to last longer. Features – Specifications: – Taps & Screw-plate – 14 Sizes – Size Range 0.7 – 2.0 mm – Increments of 0.1mm – Hardened & Tempered tap and die set 14

see this video for tips on using taps and dies 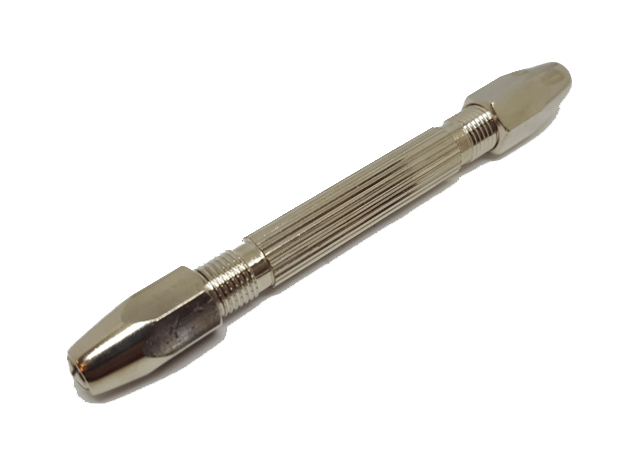 If you finish the payment today, your order will arrive within the estimated delivery time.

There are no reviews yet.

You must be <a href="https://burfitt.com.au/my-account/">logged in</a> to post a review.