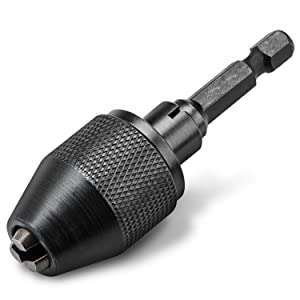 Keyless Drill Chuck 1/4 shaft - 0.3 to 6mm  IDEAL ACCESSORY: Turns any ¼” cordless power screwdriver into a drill or grinder to quickly

If you finish the payment today, your order will arrive within the estimated delivery time.

There are no reviews yet.

You must be <a href="https://burfitt.com.au/my-account/">logged in</a> to post a review.